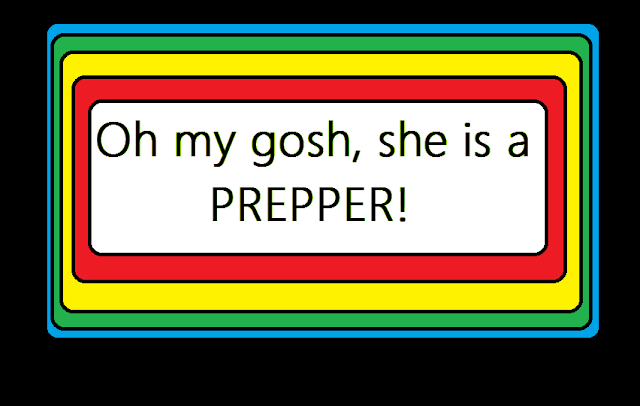 One of the things that could most annoy me is when some one close me to goes “Oh my gosh, she’s a prepper! You should see all the stuff she has put anyway and all the gadgets she has!”

And guess what? It really irks me, politely saying.

There is actually a term for this: Operational Security. Otherwise known as OPSEC. Operational security means that important information is hidden, protected, and not divulged to anyone determined to be an “unfriendly” party. You do this to protect what you have and yourself from anyone who might be a potential threat.

I like to use operational security as an excuse to not draw attention to myself. I live quietly. I drive a normal, boring colored car. I live on an acreage at least five miles from the nearest town. I don’t do things that would scream “PREPPER”. I make excuses for purchases I make to deflect from what I am doing. I do a lot of online or out of area shopping in order to not run into people I would have explain to what I am purchasing.

Because, face it, people in general are nosy.

If I do run into someone I know, I deflect attention anyway from my purchases. I also try to be vague about my purchases. Some people know and don’t ask, but other people don’t usually get a direct answer. I have known to flat out lie which is not cool, but sometimes necessary.

Here is the deal: Don’t expect me to talk about what I have. Don’t grill my family about it either. They should know better than to talk about our storage. Privacy is a rare thing in this day and age, but privacy is a good thing to practice. I don’t need to know everything about you and vice versa.

Does it bother you when others talk about what you have? How do you deal with it?