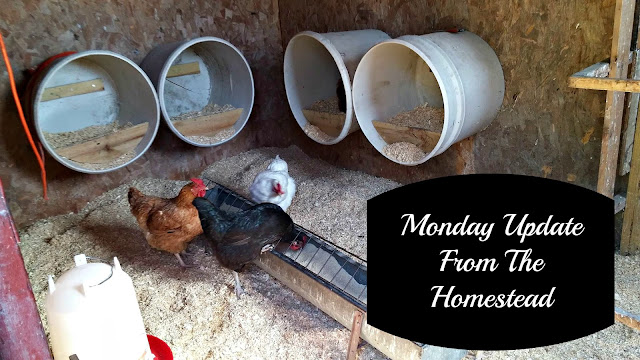 To sum up these last three weeks: we got a lot done! I got to play in the dirt and garden! Yes!

I transplanted about 50 raspberry plants to a new area. I just need to get a lot of mulch to help keep the weeds down. The weather is taking care of the watering. As of two weeks later, about 1/4 of the transplants are sprouting new leaves. I wish more were doing the same, but of right now I am happy with that.

I planted four rows of red, Yukon, and russet potatoes and about 50 onions. I hope to get more done in the next week, but I shall see what kind of time I have. I have to plant the other 50 or so onions and some shallots. I have plant those on the edge of the garden by the potatoes so the rain won’t affect that.

I also got 11 bell pepper plants and 20 tomato plants in the garden. I might get more pepper plants (4-6) and some grape tomato plants. All I have left is the seeds to be planted. As of right now, I will be planting carrots, parsnips, green beans, peas, kale, summer squash, zucchini, and sugar daddy pumpkins. Hopefully the rain will let up this week and I can get them in. I should have on Saturday, but life happens.

We got a ton of yard clean-up done. There is still some more to do. Rob trimmed up a lot of trees, cut down the dead ones, cleaned up a ton of sticks, and cleaned up the fallen trees. Dane and I cleaned up branches, cleaned out the dead stuff from the lilac bushes, and raked a fair amount. We were able to have a fire in the fire pit one Friday night and burned up some of the branches in there. That helped some! However, we have quite a pile building up. You will probably see that fire from Wisconsin!

We also had another fire in a bigger pit area Saturday night before Mother’s Day. That was a big fire! We bought some more wood and brush from another pile to keep the fire going longer. The kids wanted a fire and we had very little wind so the fire happened. We had smores, played a tough game of I Spy, and talked a lot. It was a great end to a pretty great day.

We got one major project in the shop done. We moved the work bench to the wall with the plug-ins. The work bench was on the opposite wall from the plug-ins and Rob decided (I definitely agreed) that needed to change. It was a major undertaking with lots of sore muscles due to carrying almost everything out that was in there. Rob has a lot of unpacked stuff in the shop and getting the shop done is a top priority now so he can find things and work on other things.

While cleaning out the shop, I purged a lot of junk furniture. I thought some things had potential, but I was wrong. I got rid of a dresser, a vanity, and two desks. They were falling apart! Since I am still in a purging mood, things need to go! I did keep two dressers, a seat, and a bench that have plenty of potential. They just need some love!