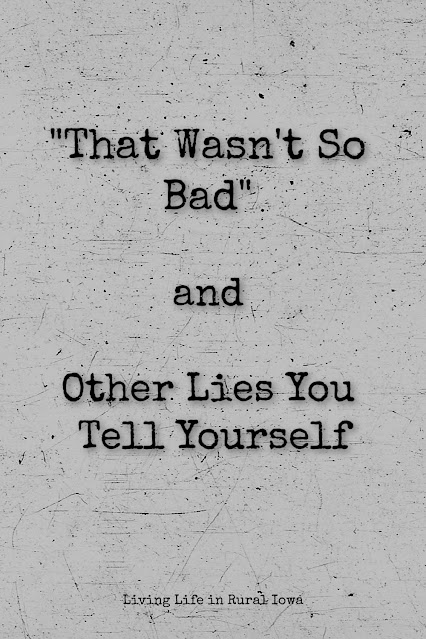 We are in an unprecedented time for our generations and this era. We are experiencing things we just thought would be part of our suspicions. Things such as:

Economic Downturns
(especially for those who went through 2007/2008)

The list could go depending upon your personal experiences.

However, you can already start to see a change in the media. While they are still sticking hard to the coronavirus dialogue, you can see that they are already trying for the feel-good approach again. However, it is not the feel-good approach that you had imagined. We are hearing “Stay away from others for your and their own good” and “You are doing such a good job social distancing! Cases are going down”. All the while, they are ignoring how mentally impacted people are becoming and shifting the focus away from the real news.

You hear it from friends and family. “That wasn’t so bad.” Oh yeah? Remind yourself about how you were in March. Just go back to your social media feed in March and remember when you were begging for toilet paper and yeast. Remember how you thought you were going to lose your mind in April because you were home by yourself with your family and had to keep up with work, school, housework, and cooking in a whole new way? Remember how you were searching for new ways to make food because you couldn’t find it in the store? Finally, remember that search you saved for toilet paper alternatives?

That was pretty bad. You made due, learned some new skills, and got smarter about your resources. You learned to stay home and focus on what was important. You turned some corners in life. You were probably in a better place with your family as well. However, even though the shutdowns in your area may have ended, your life is not really back to normal.

Five months later, you are thinking that wasn’t so bad. Actually, in a way, you are right. It wasn’t so bad. You learned a lot and you gained a new perspective. You could do it again and be a little more adept at being in a lockdown.

However, you need to realize that you are lying to yourself. While you learned to cope with the virus and the shutdowns, you were a part of a larger experiment. Let’s discuss social conditioning.

Social conditioning is a sociological process of training individuals in a society to respond in a manner generally approved by the society in general and peer groups within society (Wikipedia). You have seen this throughout the whole pandemic. First, the media created a scare and made people think the worst was coming, many people would get sick immediately, and you would not get the healthcare needed to take care of yourself. What does that do? People immediately panic, rush the stores, and get ready to hunker down.

Truthfully, we did not know how this virus was going to react or how it was going to affect people. We knew there was no known treatment in March and no vaccine for it whatsoever. However, people became fearful which gave more power to people in charge. Suddenly, everything was being shut down – schools, businesses, stores, restaurants, etc. – and we were being forced to stay home. No longer could we enjoy a concert, party, or gathering without being paranoid. Many were pressured into canceling events so no one caught this.

In effect, social conditioning was starting to happen. The media and now the governments played into the conditioning. However, most of their work was done by social media as well as family and friends. “You can’t have a gathering! People will get sick!” People were getting sick and some were dying, but not on the scale that we were led to believe.

Nevermind the corporations who got rich off of your panic. The mega-corporations really raked in the money when we couldn’t shop at our local businesses anymore. They took advantage of the fear and really made money. They even reduced their customer service perks and still made money hand over fist. People didn’t care anymore. They just wanted their things, they were afraid to go into the stores, and online mega-corporations continued to make more money than ever.

Next came the conflicting information from sources that should have been reliable and trustworthy, but seem to be very inconsistent as well as extremely confusing. We couldn’t have gatherings of over ten people, but we could partake in protests and political rallies. We needed to wear masks, but we didn’t have to wear them in certain scenarios. If you were in the group that was the least likely to get sick, you were supposed to be the most cautious. However, the groups that were most likely to catch the virus were being isolated more and more causing more mental health issues. The asymptomatic were suppose to isolate, but you needed to get tested to know if you were asymptomatic. If you wanted to get tested, you had to prove that you had just cause to get tested and you still might not be tested because you didn’t meet the criteria for testing. You were just supposed to quarantine for 14 days which could cause you to lose wages, lose your job, not pay your bills, and more. However, that was okay though because you were not sure you had the virus in the first place and this was for the greater good.

As an independent person, you know something is wrong with this picture. You know what you are being told is wrong. How can a virus bring down this country when worse viruses have come before this without the panic? How can a virus be used to cause an economic downturn when it wasn’t as deadly as we were led to believe? You are being led by an agenda and you have people in your life who believe this agenda.

What can you do? As an independent person, thinker, and prepper, you can opt-out of all of this. You can continue to live your life as you normally would. You can keep your head down, keep preparing, and not become more of the problem. You can become more self-sufficient and be your own best supplier. You can shop locally. You can learn to think critically about all the information you see and not react out of fear. You can watch the news less, spend less time on social media, and be more productive.

Whatever you do, just be aware of the lies you tell yourself and the idea that you are being conditioned.

Another good article to read: How to decondition yourself from social conditioning