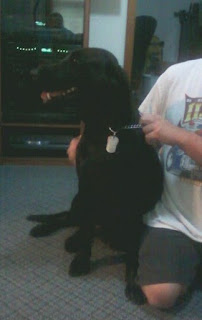 We got a new dog! Again, we adopted her from a local pound. They had found her wandering a park in Rochester. They had her for a week or two and had trouble finding a home for her. I took one look at her and fell in love! The Animal Control officers told me she was skittish and shy. We only had her for an hour before deciding that might not be the case. 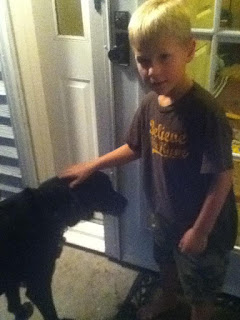 The kids, by lottery, named her Lily and she has seamlessly become a member of our household. I couldn’t ask for a better dog. She is a black lab mix. She is very friendly and very devoted to being wherever we are. We are not sure how old she is, but I am guessing over a year.

We also discovered that whoever had her before spent a fair amount of time training her because she knows several commands, listens well, and is housebroken. I wanted her to be a farm dog, but she has other ideas. Since she behaves so well in the house, it is hard to argue, but I do hope to get her used to be outside for long periods of time during the day. 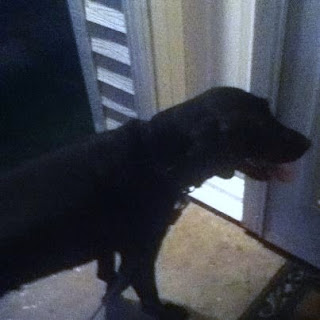 She is also not very good at sitting for pictures because there is people around, of course! Lily and the cats have yet to come to an understanding. The outdoor cat, Kyla, could care less about her. The indoor cats, Lola and Sweetie, feel as though their domain has been threatened. Lily just wants to sniff them, but they are not having any of that!

Thanks for reading! Have a great day!

One thought on “New Member of the Household (Again!)”