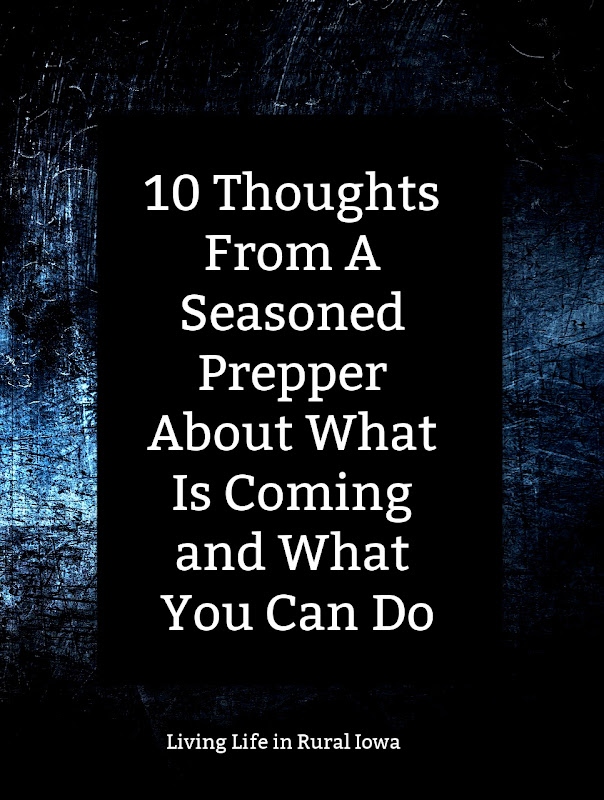 This has been an interesting last six months, hasn’t it?

While I have been deemed an essential worker and am living in a state that did not shut down, this pandemic has affected me a little bit. It has affected my kids a lot although some more than others. We went from a household of two as of March 15th to a household of seven as of April 30th.
Schools shut down. Colleges shut down. Jobs were impacted for many whether you were considered an essential worker or not (Sorry, but everyone is an essential worker. The government just thinks differently.). Small businesses struggled with being closed to the public and to continue to do business in other ways. Some businesses closed their doors permanently due to loss of income.

Now many businesses are struggling to stay open under the weight of many restrictions and reduced income. States are mandating a lot of things. Schools are struggling with the decision to reopen and how to do run a school. Colleges are placing students under a lot of restrictions so they can open.

There is a lot more I would like to say, but this is not completely an opinion piece. My opinions are not necessarily popular and I see a lot of government control throughout all of the time so far. I do think this virus is dangerous for certain ages of people, but I also think it is dangerous because we don’t take care of ourselves. However, we are getting worked up over a virus that seems to be operating similar to influenza and we don’t shut down the country for that.
Even when the H1N1 influenza pandemic was in full swing in 2009, we didn’t shut down the country. That pandemic made a resurgence twice in 2010 and 2013 (according to the CDC’s website). I know it did in 2013 because one of my kids came down with it and had a positive influenza test indicating the H1N1 strain. This strain literally ran rampant through the schools in our area in the winter of 2012-2013. No one shut down the schools even though the parents wanted it to happen. Kids were becoming sick very quickly and because they were already tired and stressed out, they got sick even faster in the high schools.
I don’t like to look paranoid but have accepted a long time ago that I probably look paranoid. There is more than just the public’s welfare involved in this. While this virus is serious and should be taken seriously, you have to be able to see the level of control that is being placed on you and this country. In addition (or because of this), there is an even worse political election coming than the last one in 2016. Who thought it could get worse than that?
You need to be mentally as well as physically prepared to live in a country that is a far cry from the patriotic country you know, love, and think fondly about in history. Below are my thoughts about preparing for this and what you can do about it.

1. You have to do what is best for yourself and your family. Only you can make that decision although I would definitely take into consideration how your family feels about it. You have probably been preparing for a while so you know what you need to do in that regard. However, we are being faced with some unique circumstances. We all know those circumstances because they are being fought over by the media, government, and public all over social media and the news.

When it comes down to it though, only you know what is best for you and your family. Not the government, media, or the thousands of opinions on social media. Only you.

2. Practicing operational security is going to become key now. At some point, being a prepper is going to make you a target if you are constantly blasting to the world about how much you have. If you read any sort of history, you know that you will become a target if your neighbors know what you have. You could be raided, robbed, looted, and/or arrested for having a stash of anything. You also may need to leave it all behind if you need to live on a moment’s notice. Sorry, if that sounds horrible, but that is the reality.
You need to keep quiet, be vague, lie if you must, and just not reveal what you have. Operational security is becoming a higher priority now.
3. Resist the idea of a cashless society. Being able to make large purchases with cash is your right. Being a cashless society means every purchase will be tracked. This might also lead to a bigger black market, but that is not necessarily a good or safe option. Having gold or silver will not do much good in a cashless society except to trade with others, but who will want gold or silver if they can not use it for currency?

The cashless society is practiced and gaining momentum in socialist countries so that they can track every movement their citizens make, what they spend, and how they spend it. Do you want to be tracked like that? Being able to use cash makes you more independent and isn’t that what you want?

4. Get stocked up now because the second wave of shutdowns is coming. Whether or not you want to believe it, the powers that be will figure out a way to shut down this country again. There will be panic buying again and there will be more businesses failing. Stock your pantries and cabinets now in order to not be one of those panic buyers.

5. We are going to experience an economic downturn in the next year. Even mainstream experts are stating this as a fact now. Whether it will be a recession or a depression remains to be seen. Truthfully, though, we already are experiencing it and now that unemployment benefits were cut, the economic picture is going to get uglier. Right now, it is wishful thinking to think that the economy is going to turn around this fall or winter. Plan accordingly for the next two years.

6. If you haven’t figured this out already, you need to be in charge of your own food supply. You need to grow as much as you can and find a way to stock up on the rest. A good deal of our national food supply comes from overseas with China being the main player in supplying and shipping.

If you can’t find a way to grow your own food, look for ways to locally procure your food. Once you do that, then go to the grocery store and/or order online to stock up on food and supplies. You should also pay special attention to what the stores ran low on before and still do so you know where to concentrate your attention.
7. Get your life together. Take care of your debts. Take care of your life. Take care of your health. No more excuses. Your health matters. Two of the things that directly impact your health is stress and poor diet. By improving both of those things, your health and overall well-being will improve greatly.

Many people claim they are not stressed over anything, but their health proves that to be a lie. Financial burdens, job stress, family dynamics, cluttered houses, and more can be very hard on your stress levels. By becoming more organized, decluttering, making a budget, taking some downtime every day, eating balanced meals, and more will set you on a better path for your health.

9. Reduce your expenses and get rid of the excess. You need to whittle down your budget so when an economic downturn hits, you are not in shock. You also need to whittle down your excess things in case you need to move quickly or make more room for other people moving in. You probably have things in your expenses that you are not using like subscriptions, streaming services, memberships/dues, and more. Get rid of them now to reduce your budget for when hard times come. Better yet, take that money you just saved and put it into savings for emergencies.

10. If you still think it can not happen here, you need to unbury yourself from the rock you have been living under and look around. Times are hard across the world. This virus, combined with other issues, has been wreaking havoc globally and many economies have been made worse for it. On top of that, we have civil unrest and changing politics going on which is making for a perfect storm. Access the situation the best that you can and make the changes you need to now.
Thanks for reading,
Erica

(Notice: I am an affiliate for Amazon LLC. It doesn’t cost you anything, but it certainly helps to bring a little extra income into my home. Thanks in advance for any links you use!)